If you are working with AWS, it’s considered a good practice to rotate AWS access keys. When working with AWS resources, I try to use role-based access controls, but it’s not always possible to stay in the AWS ecosystem. At the very least, I use my IAM user credentials locally in my dev environment. The ability to replace these keys easily can help increase your AWS account’s security. In this article, you will implement a PowerShell script to rotate your IAM access keys. It works with multiple profiles, so if all your passwords are compromised in a security breach (such as the LastPass incident) you can replace all your IAM keys by simply running your script.

Rotating AWS Access keys is a best practice for managing the security of your AWS accounts. It is a way to periodically update the keys used to access your AWS resources, which helps protect against unauthorised access to your accounts.

There are several reasons why you should rotate your AWS IAM keys:

It’s also advised to use IAM roles where possible, but if you have to use access keys, it’s a good idea to rotate them periodically.

AWS allows an IAM user to have a maximum of 2 access keys. This way, you can rotate your keys without disruption by following the steps below:

The script you will build in this article focuses on replacing all the keys in your credentials file (stored locally on your computer) in one fell swoop. It assumes the keys are only used in your AWS credentials file. Therefore, it skips steps 2 and 4.

Set up the Test Environment

Before getting into the script, create the test environment. It’s always a good idea to test your code first on some dummy accounts.

In the IAM console, click Users and then Add users.

In the user details, enter dummy1 as the user name and click Add another user. Enter dummy2 as the second user name.

Click Add users to group (which will make it easier to manage policies attached to the users) and click Create group.

Enter rotate-key-demo as the group name.

At this point, the users you create don’t have any permissions. For a user to be able to reset their own credentials, they need some permissions.

Switch to the group creation tab and click Refresh to see the newly created policy. If it’s not visible on the page, you can search by name to find it.

After you’ve located the policy, tick the checkbox next to it and click the Create group button.

You should now be back on to Add user page. Click the Next:Tags button, then click Next:Review.

Finally, click the Create users button to finalize the process.

Update your credentials file with these new accounts:

Make sure to keep your actual credentials safe somewhere so that you can put them back in your credentials file.

Now that the test environment is ready let’s start looking into the steps to rotate the AWS access keys.

Create a new PowerShell file, such as rotate-keys.ps1 and paste the following code:

The script accepts a switch type parameter (like a boolean, it evaluates to true when provided and false otherwise). If you run the script with this argument (e.g. ./rotate-keys.ps1 -Remove), it deletes the old key rather than deactivating it. This is useful when you are sure the keys are not used anywhere and you are confident you can replace the old ones immediately.

The first action is to enumerate all the access keys in your credentials file carried out by the Get-AWSCredential -ListProfileDetail command. If you run this command in a terminal, you should see the following result:

It then loops through all the profiles.

First, it creates a new key and updates the credentials file:

In my tests, it takes a few seconds for the new key to propagate, so there is a 10-second delay added to ensure you don’t get an access denied error. You can experiment with this value and see what works best for you.

The next step is to find the oldest key to remove or deactivate. It does this by calling the Get-IAMAccessKey cmdlet. It sorts the results by CreateDate and gets the first result which is the oldest created key.

Then it either removes it completely or deactivates it so that you can undo it easily:

Run the script with the Remove argument, and it should look like this:

Check the IAM console and make sure the active key matches the one in your credentials file and it’s the newest one.

Now you can replace the dummy keys with your actual ones and rotate them easily by running this script whenever you want.

Dealing with security is always hard. Generally, there is always a security vs convenience trade-off. By automating security-related tasks as much as possible, you can reduce this friction and maintain more secure systems easier. This script and tutorial are just an attempt in this direction. Hope it helps.

Volkan Paksoy is a software developer with more than 15 years of experience, focusing mostly on C# and AWS. He’s a home lab and self-hosting fan who loves to spend his personal time developing hobby projects with Raspberry Pi, Arduino, LEGO and everything in-between.

No comments to show. 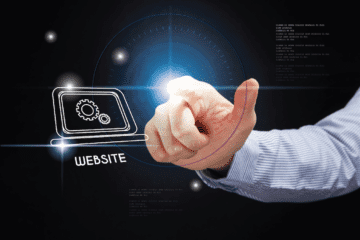 In this tutorial, you will learn how to host a website with AWS services: Amazon S3 and Amazon CloudFront. Introduction AWS is a complete cloud platform offering hundreds of services. You can build very complex Read more… 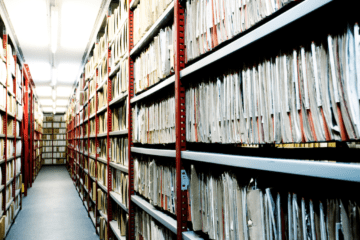 Amazon Simple Storage Service (Amazon S3) is Amazon’s object storage service. It has lots of uses and integrates nicely with other AWS services when you need to store data. One thing it’s not meant to Read more… 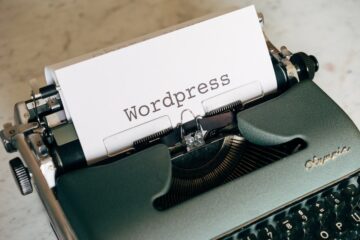 How to host a WordPress website on AWS using Amazon Lightsail

This article shows you how to host a WordPress website on AWS using Amazon Lightsail. AWS offers multiple ways of running applications. One of the most versatile services is Amazon Elastic Compute Cloud (EC2), where Read more…

We use cookies on our website to give you the most relevant experience by remembering your preferences and repeat visits. By clicking “Accept All”, you consent to the use of ALL the cookies. However, you may visit "Cookie Settings" to provide a controlled consent.
Cookie SettingsAccept All
Manage consent

This website uses cookies to improve your experience while you navigate through the website. Out of these, the cookies that are categorized as necessary are stored on your browser as they are essential for the working of basic functionalities of the website. We also use third-party cookies that help us analyze and understand how you use this website. These cookies will be stored in your browser only with your consent. You also have the option to opt-out of these cookies. But opting out of some of these cookies may affect your browsing experience.
Necessary Always Enabled
Necessary cookies are absolutely essential for the website to function properly. These cookies ensure basic functionalities and security features of the website, anonymously.
Functional
Functional cookies help to perform certain functionalities like sharing the content of the website on social media platforms, collect feedbacks, and other third-party features.
Performance
Performance cookies are used to understand and analyze the key performance indexes of the website which helps in delivering a better user experience for the visitors.
Analytics
Analytical cookies are used to understand how visitors interact with the website. These cookies help provide information on metrics the number of visitors, bounce rate, traffic source, etc.
Advertisement
Advertisement cookies are used to provide visitors with relevant ads and marketing campaigns. These cookies track visitors across websites and collect information to provide customized ads.
Others
Other uncategorized cookies are those that are being analyzed and have not been classified into a category as yet.
SAVE & ACCEPT